In Path of Exile, chris said, “people who play just half an hour a day can enjoy these fights before the league ends”, Got curious about actual spawn rates of portal stupids after seeing the statement. 5hrs per day X 90 days = 45hrs, I believe Chris was exaggerating. Sure you could get into t13s in 45 hrs, but no way could you get all portals.

I’ve played at least 3 hrs a day since league launch, typically 4-6 and have yet to see a portal beast. Cost of red maps is rather prohibitive, especially for someone playing this little time (literally no currency to even use trade channel). 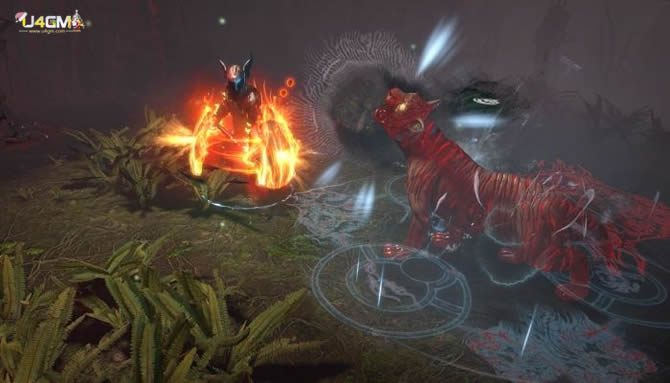 The only way I can see this working if you spend 45hrs in the lab (granted you spend no more than 10minutes per run withj full keys) and then use accumulated currency to straight out buy the beasts but in no way encountering them during mapping.

If you haven’t broken into Reds, you won’t see them. Any time spent before that can’t be applied to a discussion of spawn rates being too high or too low. I, personally, found two this week. Yes, I play a lot, but we’re all of a few weeks into the league. As you do nothing but chain reds all day, I’m betting you’ll find your four.

Are you sextanting and using vaal orbs or zana mods? For T15’s it’s extremely worth it to invest everything you can, because a single extra +0 or +1 map drop refunds any amount of currency investment you’ve made. Not to mention all the other goodies you can get besides maps from having more mobs and frills on your maps.

For T15’s, I will chisel, alch, and chaos maps that start with poor quantity/size. If I hit beyond, I roll double beyond. If the rolls are worth keeping but don’t have synergy with any Zana mods, I will Vaal. If the rolls have synergy with Zana mods and/or sextants, I don’t vaal and use Zana (often use fortune favors the brave here unless I really want a specific mod combo).

Oh I also forgot to mention, use prophecies. You should always have full prophecies and you should be using your silver coins to seal undesirable ones: use beastcrafting recipe to refill your prophecies so you have plenty of coins for sealing. Prophecies can be great in adding returns to your map. Buying certain prophecies is another good way to increase the expected value from a T15 map.

Finally, always kill the boss. I don’t run T15’s if my character isn’t capable of killing the boss cleanly, because it’s a huge portion of the expected value from a T15 due to the high chance of more T15’s or T16’s. If you’re doing all of those things and still not getting 25c+ on average from your T15’s, then you’re just suffering from some bad RNG. Keep at it and you’ll eventually start making a profit.